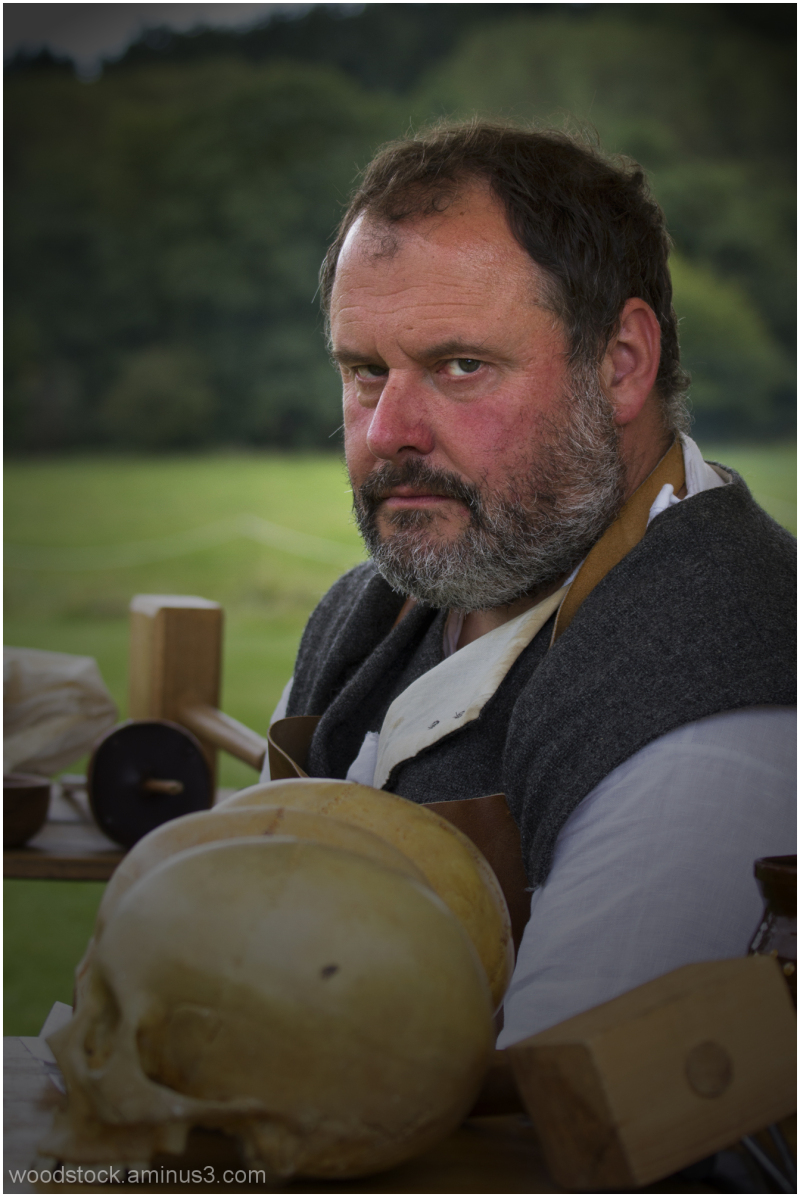 The Battle of Mortimers Cross

Posted by Nigel (Avening, United Kingdom) on 26 October 2012 in People & Portrait and Portfolio.

This guy is the surgeon - great actor ! I've copied below the details I originally posted ..........
Re-enactment of The Battle of Mortimers Cross in 1461 at Hampton Court near HEREFORD.
A brief summary :
After spending Christmas in Gloucester, Edward, Earl of March heard of his father’s death and started preparations to fall back on London. But then, news of the Earl of Pembroke’s hostile army caused him to change his plans. In order to block Pembroke’s advance and stop him from joining up with Queen Margaret’s main army, Edward marched north with his five thousand men to Mortimer’s Cross where he crossed the River Lugg and drew up in battle order. It was still early morning when Edward arrived and as dawn broke on 2 Febuary, 1461 a strange meteorological phenomenon called a parhelion occurred: three suns were seen to be rising. Edward declared it to be a sign from God of victory and later took it as his emblem, ‘the Sunne in Splendour’.
The Lancastrian army was only about four thousand strong and did not originally want to engage the Yorkists. At about midday, perceiving they had no choice but to fight if they wished to cross the Lugg, the Lancastrians went on the offensive and attacked. The Earl of Wiltshire’s ‘battle’ (division) led the first assault, and pushed the men of Edward’s right wing straight back across the road, where they broke and scattered. Pembroke the engaged Edward’s center but was repelled and when Owen Tudor tried to encircle the Yorkist left wing his ‘battle’ was routed. Edward then repelled Pembroke a second time and the battle was won. By this time Owen Tudor’s men were already in full flight. The remnants of his men were pursued a full seventeen miles to Hereford where Tudor himself was captured and executed.
In total four thousand men are said to have died. The battle was certainly bloody if this is the case, as the two armies combined came to just nine thousand souls…

Many handsome expressive portraits in this series...and this is another one of them. Terrific !

He looks a little cross at having his photo taken:)

Not very smiling surgeon, I would not want to fall into his hands, and the two cranes are not reassuring. An excellent photo.
Have a good day

very good...he is telling by his eyes

Great portrait, he looks like he's doing his best to give you an expressive look.

What a deep stare, neat.

Another great portrait Nigel, I wonder what he does in his real life - shot putter?

Wonderfully stern portrait and good documentary background, I can't think that the little stream at Hampton Court is a proper stand in for the Lugg though:)

A bloke that was much in need after the battle.Did you get to see the battle re-enactment as well ?

Yep, he's right in character! This series is outstanding

cracking shot - he looks a little miffed, are those skulls the remains of his last three patients?

You have captured a terrific expression in this portrait. WIsh I could take great portraits like you do.

very appealing portrait once again! i wonder whose side he was on ... ;-))

Another fabulous portrait !!! ...but this look is almost frightening ;-)))

Wow! Great portrait! Great expression. A lot of drama with those skulls and surgical implements in the foreground. Wonderful image!

Giving you the eye....nice portrait